I’ve changed my main site’s home page a few months ago to make it look more updated after not updating for years. Before, it was a full image of something I took years ago which is a little humorous, but at the same time added nothing. No background text to tell you what to do, just a big ole image. I’ve recently been getting back into designing, drawing and creating and I really want to show my “behind the scenes” look at my projects.

If you’re reading this currently, on October 19th, 2022, the page looks like a divi template at the top and you probably have to click the back button on your browser to go back to my home page. I’m not going to lie, it’s messy and not in any sort of organization in its current state.

What’s on the list of things to do for this site?

I’ll be hoping to get to these in the coming week alongside my game design project that I’m currently working on. I’d love to be able to properly show off what I’m working on with all my socials. For the time being, if you’re reading this, thank you!

I’ve been published in my favorite magazine!

I’ve been waiting since the end of November when I got the first initial contact to tell everybody about this news. Back in late November, I was asked if I would be interested in taking part in a .net magazine design challenge. For those who don’t know, .net magazine is an industry magazine for web designers and developers. The magazine has a section called “Design Challenge” in which 3 designers are given a brief and must create a home page layout / mobile layout version that coincides with that brief. Back to me, I was chosen to see if I’d be willing to take part, as I’ve showed interest in the past on twitter.

I got the brief and with only 3-4 days to complete it for editorial proofing and what have you, I got to work. I got a single brief that read “This month we would like you to design a Secret City Guide. The focus will be on the lesser known attractions, restaurants and areas of the city that the typical tourist doesn’t get to see. Think how the user may search the site and the information they will want“. It was a real fun time coming up with ideas of what it could be and I spent the following nights after the kids went to bed to come up with what I thought would be a great site.

I found myself having more trouble writing stuff down as I’m awful at grammar, writing and putting my thoughts into words. I’m better at putting them into art, but I tried my hardest so the editors didn’t have to roll their eyes too hard at me. After that, I had to choose a photo. I looked through my stack of .net magazines to kind of see how everybody else looked. Lots of fancy well dressed people with very light backgrounds. How could I compete? I’m just a bald dude with a beard that loves video games and has a closet that is 80% video game / 80’s reference tee’s. I decided to go with an image I took a few months earlier of me holding my favorite Fallout mug with trees in the background. I could of dressed all nice, but that’s just me. I wear what’s comfortable and love video games! Anything else and those who know me would know I was being fake, a poser and a fraud.

After a few back and forth emails,  talking with the editor on text changes, it was done. I was shown what the page will look like in the magazine and I was totally excited! Now I just had to wait…and wait. Did I mention this magazine was based in the UK and we don’t typically get copies in the stores until late in the month or even a month after the original issue?

The day finally came today! I went to Barnes and Noble and I found the issue! Issue 315, February 2019. I’ve been excited all day since I can now put up the artwork on my portfolio! It’s called “Hidden Gems – Detroit Field Guide”. A website where you can search the lesser known places in the city on the go. Here’s the link and I hope you enjoy! https://www.behance.net/cliffnowicki 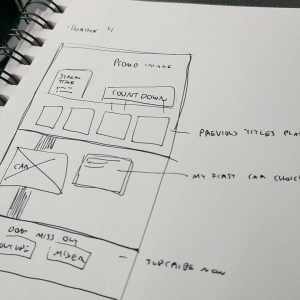 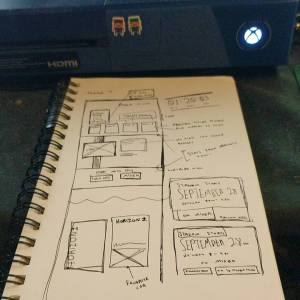 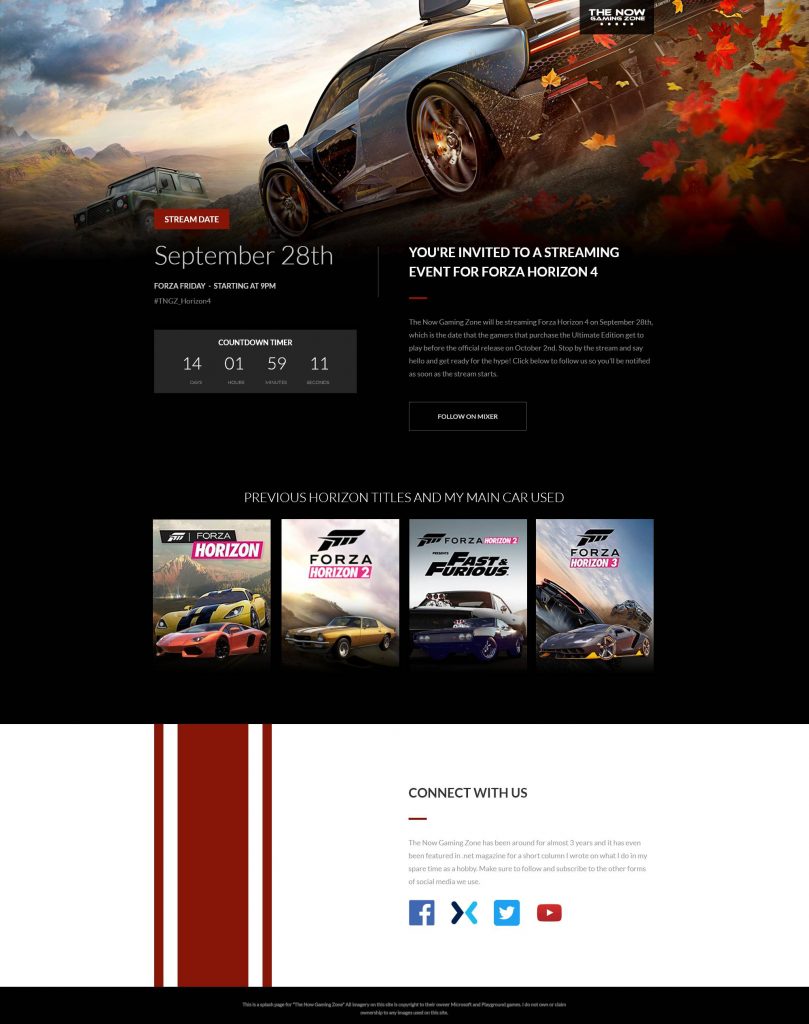